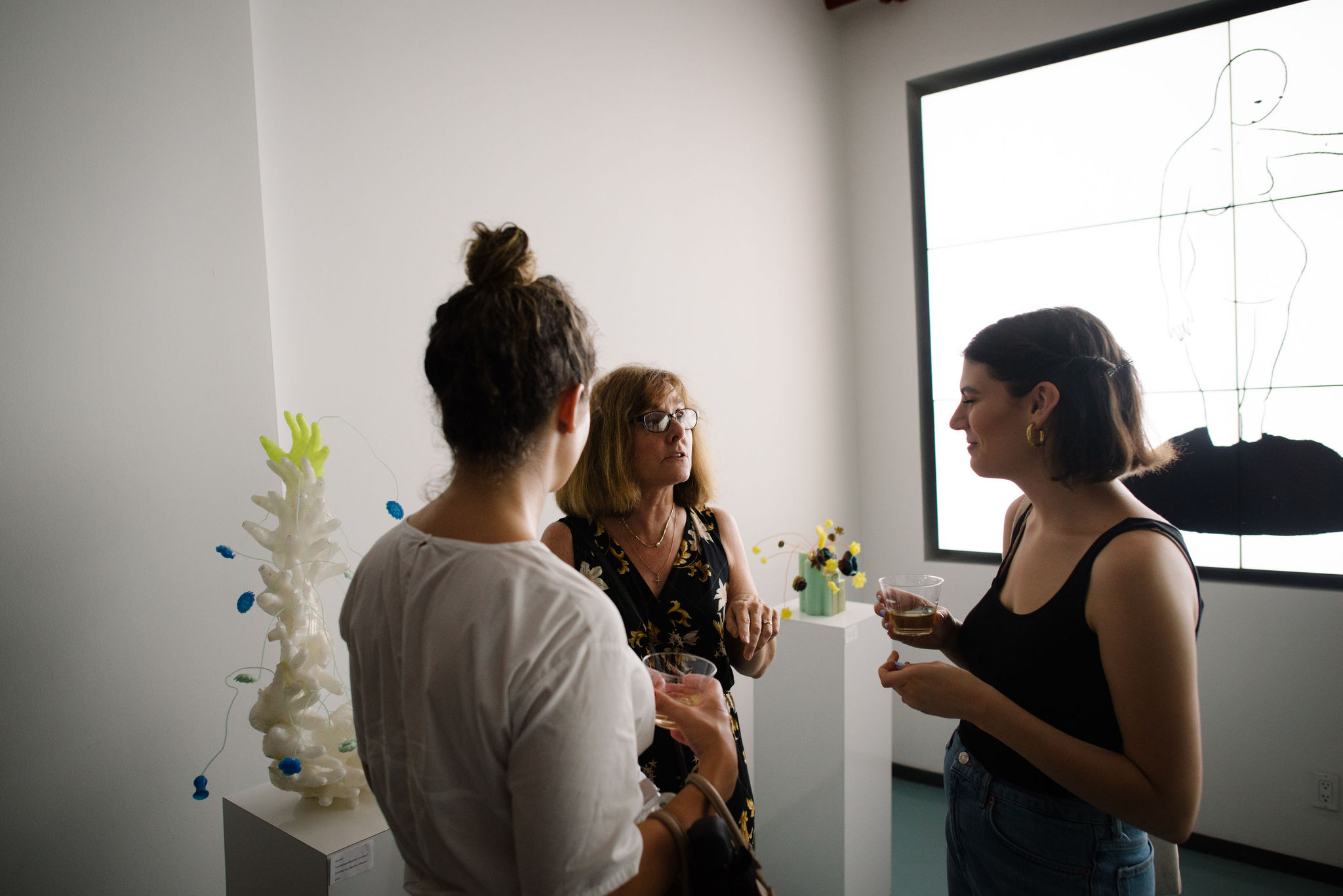 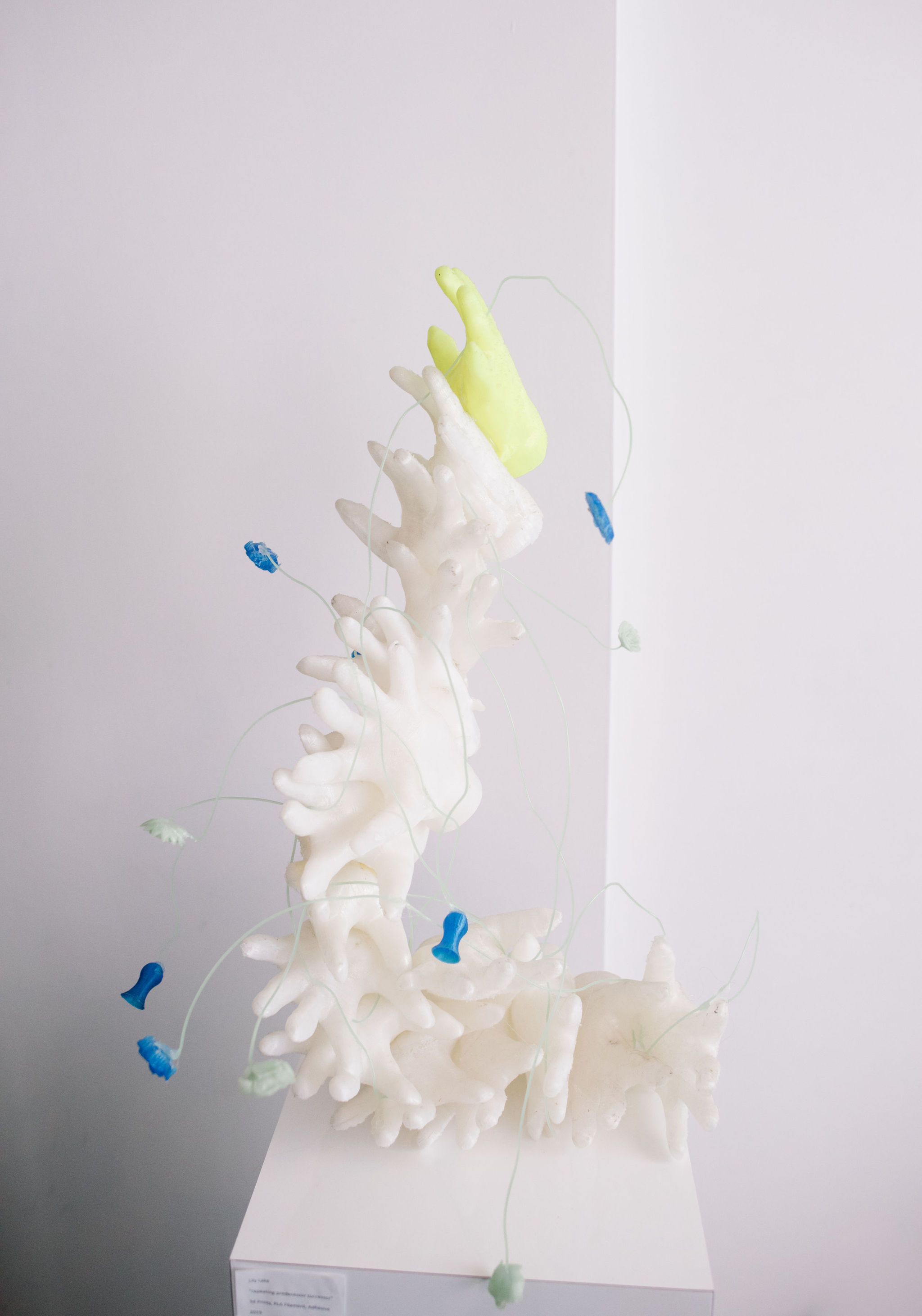 2018 - Mixed Media
This piece was influenced by a tragic event that happened in Oakland, California where I lost a number of friends. The event is usually referred to as Ghostship as that was the name of the DIY venue where the music concert took place. Joey Casio, one of the most prolific musicians in Oakland and the Pacific Northwest was a friend of mine. He had a very unique style and presentation to his art and life. People would say ---Joey Casio invented neon--. These colors represent all the rebellion, love, trust and friendship of the people in Oakland and the water is the rain represents what I wish they had during the fire. 2018
Sculpture
Mixed Media
Franco Berardi Bifo speaks on the modern regime in his book ---After the Future---. ----This regime is not founded on the repression of dissent; nor does it rest on the enforcement of the silence. On the contrary, it relies on the proliferation of chatter, the irrelevance of opinion and discourse, and on making thought, dissent and critique banal and ridiculous. Even though there have been and will continue to be instances of censorship and direct repression of critical and free thought, these phenomena are rather marginal when compared to what is essentially an immense informational overload and an actual siege of attention, combined with the occupation of the sources of information by the head of the company.-----
In this piece I explore the overstimulation of society and the bodily feeling the modern regime (government and internet) does to our brains psyches and bodies while simultaneously tracking our data. This perhaps could be a practice of not looking towards the future, that the idea of the future humans had is gone.

2019
Mixed Media
--Photosynthesis Orchestra-- is an interactive installation on the workings of plant life. Using --Biodata Sonification-- the audience can hear what is happening inside the plant via the information converted into sound. Using CCTV facial recognition¨ the audience will only be able to hear the plants if they are looking at the installation.This is to make sure we are paying attention to the other things on this planet that are keeping us alive. If we do not as a species we will cease to exist in the future."

"12Chairs is a sound installation by Candace Thompson, Edward Kijowski, Rola Zyada, Erika Lopez, Girard Tecson, Scarlett Lingwood, Lauren Smith, and James Kogan. Inspired by Tudor’s Rainforest work, transducers are attached to plastic chairs, in effect creating 12-channel spatialized audio. Each artist composed 3 different one minute works resembling a specific hour, and determined how each of the 24 sounds is to be distributed through the 12 “speakers”. This is a 4-minute version of the originally 24-minute multichannel work, however, each artist’s contribution is still present (albeit shorter). The original sounds sent to the transducers were drastically filtered and transformed by the chairs, and depending on which chair the audience chooses, they each created their own listening experience. It was not possible to translate this experience to a video, so all sounds are from the original files created by the composers, and you hear a stereo downmix. The installation has been presented at Hunter College’s Black Box Theater in May 2018, the work was created as part of my Sound Environment Class at the IMA Integrated Media Arts Program."